10 Mar The Conundrum of Value-Based Healthcare 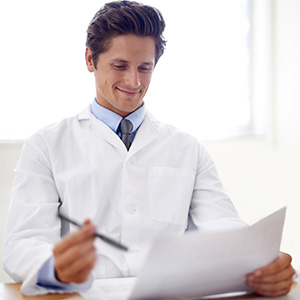 It is no secret that the federal government has increasingly been shifting risk associated with patient care to the hospitals through reduced reimbursements should surgical complications occur. These bureaucrats do not understand that such post-operative complications are most often inherent and not the result of clinical incompetence or technical errors. For example, ventral hernias in obese, hypertensive, smoking patients with diabetes mellitus or other immunosuppressive co-morbidities are most often repaired with non-native prosthetic materials. The ten (10%) percent or greater recurrence rate and possible infection is expected but Health and Human Services Administration says the infection is due to clinical imperfection and thus justifies denying payment and even threatens further reimbursement reductions without knowledge of causative factors.

Hospitals have responded by drawing inward in the face of uncertain future revenues just as a family would forego clothing purchases or vacations when earnings are doubtful. Hospitals also set up committees whose purpose is to retard new acquisitions which are always thought to promote greater expense, a most inaccurate assumption. Decisions are made without first knowing the true value of the technology they are being asked to assess. Why? Because they must pay for products first without knowledge of what the longer term effects or benefits are on patient outcomes or hospital finances.

This is the conundrum of “value-based healthcare” that we discussed in the previous blog using smoke evacuation as an example. Prior to our independent sponsored research published in the February, 2014 issue of AORN Journal that documented and discussed smoke capture devices and smoke evacuators, the value assessment committees only had marketing “spin” to make decisions without any documented evidence. Soon we will have more of our third party research published that has indicated that effective smoke evacuation has a potential benefit to patient outcomes. The experiments prove that effective smoke capture prevents aerosolization of bacteria and can significantly reduce but not eliminate bacterial contamination of a simulated surgical wound.

This brings up another aspect of value-based healthcare which is the continued need for medical industry and healthcare system partnerships. In our example, what good is the research if hospitals don’t provide the opportunity to advance to the next obvious stage; that of using smoke evacuation technology on surgical cases to see if it can reduce the surgical site infection rate? With hospitals drawing inward to reduce clinical risk and dealing with increased regulations which inhibit clinical research, the result has been a shift by the surgical device industry to do its clinical research outside the United States. Such effort is encouraged at Europe’s and Asia’s “biomedical parks.” Unfortunately, the companies often choose to stay and grow offshore and we lose the Research and Development industry to others because of our policies- so unnecessary!

A perfect example of the above was our desire to work with a surgeon at a prestigious East coast hospital to prove that live bacteria exist in surgical smoke and that it can be captured by our smoke capture system. This simple effort of obtaining a bacterial culture by holding a sterile Petri dish filled with agar above the wound became administratively so complicated that we went to our European partner who quickly got the protocol together and started obtaining the clinical results which we will publish at a later date. We anticipate that these studies will lead to a new use for effective smoke evacuation from which European patients will benefit before those in the United States.

Healthcare systems need to understand the symbiotic benefits that their Foundational money and clinical support for innovative medical design start-up companies provide. Federal bureaucrats need to reduce unneeded regulatory oversight to allow such partnerships to flourish with benefits accruing to our patients first…like it used to be!