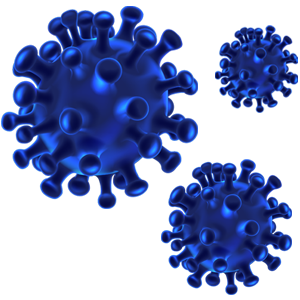 The phrase, “smoke evacuation” is DEAD!  It died when the coronavirus arrived. As elective surgery was pushed aside to prepare for increased medical hospital admissions, epidemiologists were questioning the pathogenicity of bioaerosols. How dangerous were these virus-laden aerosols in terms of infectivity and communicability? Personal protective equipment (PPE) and room filtration systems became pivotal elements for protecting hospital caregivers while development of viral isolation methods for the Covid-19 infected patient almost became a national pastime.

The hard work done by AORN and education staff nurses to rid the operating room of surgical plume were all but forgotten as a new priority emerged. “Not so fast,” said the management of Nascent Surgical, LLC, the company that brought the highly efficient miniSQUAIR® to O.R.’s. We realized that surgical smoke was just another aerosol akin to that produced by the Covid infected patient with each breath. We asked the question, “ What can be used to effectively capture the aerosol for removal?”

There is no need to trace the lengthy history of surgical smoke evacuation except to say that the “system” is currently defined by a smoke capture device, an ULPA filter and a smoke evacuator. What Nascent came to realize was that, in the case of Covid-19, high efficiency capture of airborne transmitted bioaerosols was key and that current smoke evacuation technology was able to achieve that goal. Recent evidence from the World Health Organization (WHO) and the Center for Disease Control (CDC)  has indicated that the virus can be released as aerosol from patients during surgery1 and that the virus is transmitted, in part, in aerosol form.2

Thus, Nascent pivoted from high efficiency surgical smoke capture (98-99.5%)3  to high efficiency capture of airborne transmitted bioaerosols (100%)4 as described in AORN Journal articles in 2014 and 2015. It was this realization, coupled with ULPA filters capable of trapping both smoke and the virus and the suction provided by today’s smoke evacuators (Stryker’s “Neptune,” Conmed/Buffalo Filter, Covidien, etc.) that allowed for this pivot. No longer was “smoke evacuation” the right term to use but rather the more accurate and inclusive phrase, “surgical bioaerosol capture” became more accurate  and appropriate. Why was this change possible? It occurred because of the recognition that surgical smoke was a “bioaerosol” not unlike that of a corona viral aerosol emitted by an infected patient. Most important was to have technology capable of highly efficient bioaerosol capture just as ISO 16571:2014 requires third party documentation of a smoke evacuation system capable of at least 90% capture efficiency.

Our company is happy to be able to offer such capability with our miniSquair® product as long as it is connected to a suction system capable of generating at least 25-30 cubic feet per minute (cfm) of air flow. Call us at 952-345-1112 if you would like further discussion of this topic.