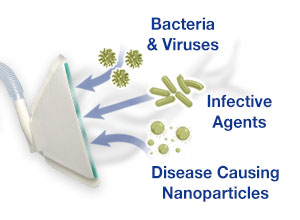 28 Dec It’s time for the surgical smoke evacuation industry to come out of the ether!

We all recognize that trace gases within the plume can be both carcinogenic and/or mutagenic1 but can their removal continue to be the primary reason for use of LEV’s in surgical suites? We also admit that the capture of nanoparticles that comprise 80% of the smoke2 can, after chronic inhalation, result in serious systemic illnesses3 and create a huge potential number of workman compensation claims for healthcare systems to manage. Now, however, there is an even greater reason to achieve “effective” smoke capture that needs focus and clarity as related to its potential effect on post-operative infection rates. Such infections, referred to as SSI’s or surgical site Infections, occur in 157,500 patients/year at an annual cost of $3-10 billion, not including the misery and potential for death (3%) that they cause.4 It is therefore important that evidence that supports a reduction in such infections be evaluated with an eye to answering the question, “Can effective bioaerosol capture be considered an adjunctive method of infection control?”

As a company, Nascent Surgical believes its technology helps to answer that question so I ask the reader to consider the following facts:

From the above data, it is clear that bacteria are aerosolized following use of electrosurgery. Further, the data, both laboratory and clinical, show that bioaerosol capture systems can favorably affect surgical outcomes. It does appear that smoke (bioaerosol) capture is about to be designated as an adjunctive infection control device. As we approach an expansion of state-based mandates for plume removal in the O.R. and the reality of available high efficiency bioaerosol capture devices, the surgical team and health system administrators can now justify compliance by all physicians….let’s hope that they do!