22 Apr miniSQUAIR Benefits to Healthcare are Based on True Value 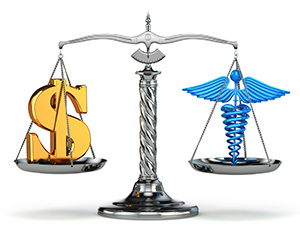 We are a start-up company that sells a single product. It is called, “miniSquair®” and its purpose is to capture plume generated during open surgical procedures. It does this very well with a documented 99.5% efficiency assuming that the smoke evacuator to which it is attached can generate a minimum of 25 cfm of air flow which most are capable of doing. With its multiple other benefits over the competition, you will forgive me if I continue to wonder why, with pricing comparable to other offerings, our product is a “hard sell” in the American market.

My recent musings to this question were vexing to me since the product is gaining traction in alternative world-wide markets. Why is there this insistence to inhale surgical smoke in the operating rooms of the United States with the opposite being true elsewhere?

One obvious answer, based on our on-site observations, is that the surgeon simply refuses to try something new that he or she believes will interfere with their procedure or could lead to a complication. Worse yet would be the callous response, “If you don’t like the smoke, if it bothers you, find work elsewhere.” This was an actual response of a surgeon when a nurse requested he use smoke evacuation for his case. To these objections, the nurse or technician usually defers and the product will not be used. Nor will an alternative such as the ESU “pencil” be used.

Perhaps, the doctor will agree to its use, the operation proceeds without event, no objection to future use is stated but the product is never used again.

In both instances, the perioperative team wants the device used but it doesn’t get done. Why? In the first case, the physician’s objection could be overcome with a simple question. “What gives you the right to not allow me to protect my health?” Truly, does any surgeon have the right to say, “I don’t care about your health” or simply to say, “No” without any explanation? In this scenario, I believe it is a lack of physician knowledge about the proven adverse effects of chronic inhalation of nanoparticles which are 80% of surgical plume that fuels the rejection. The more sarcastic possibility is that use of smoke evacuation technology does not directly benefit the surgeon since no additional revenue is generated or other self-serving benefit accrues to its use…or does it? Recent evidence indicates that effective smoke capture can prevent aerosolization of viable bacteria that are released from the patient by electrocautery and can, at the same time, significantly reduce contamination of a simulated surgical wound. Certainly a potential patient benefit of reduced rate of surgical site infection (SSI) would be of interest to the surgeon.

In the second instance where the clinicians want to use the device but it never materializes means the decision to purchase was denied by committee or by executive fiat. Here again, lack of knowledge of the product’s “value proposition,” documented through research, is unknown. The rejection is almost guaranteed by the fact that company representatives, who could best explain the benefits of use, are excluded from the conversation. Thus, third parties make decisions with limited information and lack a full understanding of potential benefits to value-based healthcare.

For example, in the case of effective smoke evacuation, committee members or a sole administrator may not realize that the costs of smoke removal will pay for itself many times over by limiting or eliminating future health-related disability claims or even civil liability suits if OSHA guidelines for employee protection are not met and serious systemic illnesses result. Further, the use of effective smoke capture could reduce the health system’s costs related to readmissions for treatment of SSI’s.

Thus, we must consider all pertinent aspects of smoke evacuation. The cost/unit must be considered in light of the real costs related to NOT using available, effective technology. In fact, inclusion of a central vacuum system to replace individual smoke evacuators will decrease the cost/case by 50-55% by eliminating the need to replace costly ULPA filters. This is a perfect example of what is now called, “value-based healthcare.”