05 Mar Getting Real about Surgical Smoke – The Reality and Responsibility 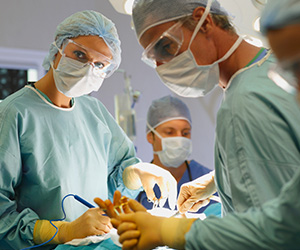 So far, we have reviewed the harmful components of surgical smoke, the fact that chronic inhalation can cause systemic diseases and that federal and professional guidelines have not been sufficient to initiate universal protection for the perioperative team. Let’s examine this dissociation between reality and responsibility.

As stated, it is the chronic inhalation of nanoparticles within organic smoke that are known to cause serious illnesses over time. Depending upon individual genetics, pre-existing conditions and the dose and the duration of exposure, the list includes:

Unfortunately, this data has been reported in the environmental and occupational health literature and not in surgical journals indicating the failure of surgical academics to educate their colleagues about this issue. Personal experience suggests that rejection of such material from clinical journals is because general surgeons “would not be interested in the information.” Why not? Are their lungs made of sterner stuff than those of nurses? This attitude is significant because it is usually the surgeons, both individually and through their control of committee decisions, that inhibit use of evacuation technology. Such disregard for their own health and that of others they work with certainly doesn’t exist in Canadian and Nordic countries where evacuation of smoke from operating rooms is rigidly managed. In those countries, the nurses, led by objective evidence, insisted that hospital administrators develop policies that required universal adherence to which surgeons agreed.

As a surgeon, I know that new technology can be equated to a potential threat since it requires a change in a repetitively successful protocol. The discomfort associated with change can and sometimes does, distract the surgeon from the primary task of a successful, expedient completion of the operation.

Further, the benefits of using smoke evacuation are neither immediate nor evident. The physician doesn’t see higher remuneration for his work, it doesn’t add to his caseload and it doesn’t appear to benefit patient outcomes. Use of such technology is really for the perioperative team but they seem to tolerate the smoke reasonably well despite Dr. Kay Ball’s research that indicated a doubling of the rate of respiratory illnesses in that demographic versus the rate in the general United States population.

Actually, devices that can provide a clean air environment is exactly what “value-based healthcare” is all about. The hospital has to pay early for the technology without seeing immediate benefits although they are not entirely absent. For example, short-term benefits include reduced absenteeism which avoids overtime costs, increased productivity and higher morale. However, it is really the long-term benefits of decreased health-related disability claims with lower insurance costs that healthcare facilities must assess for themselves.

Let’s return to the surgeons…So they say, No” and all too often the nurses acquiesce, especially if there is no policy to back them up. The doctor’s response is predictable because they lack knowledge of the research that justifies the need for smoke removal. Often, their crowded schedules leave little time to explore new ideas especially when it has to be explained within 30-60 seconds in the hallway or at the operating table since office visits are often very difficult to get.

Further, it may simply be a sense of indifference as the physician becomes more emotionally distanced from the patients who are no longer their sole responsibility which has become shared with the team and to the hospital which often is now their employer. In fact, there has been and continues to be a transition from being the “captain of the ship” to being a member of the crew. The hospital is no longer their home but rather an employer that can both fire and displace them to another facility within the system.

So what is left for the surgeon is the new reality where he no longer has control of materials used, processes or protocols within the operating room. The answer then, as to how to gain their acceptance for the use of smoke evacuation technology and other needed additions is to develop policies for the right reasons which are favored by administrators and then approved by physicians through the committee structure. Thus, they remain responsible for their new reality.

Next time, let us consider the issue from the administrative perspective and how recent research has tied their interests into a confluence with the interests of surgeons and improved patient outcomes.